Envy Post revealed the work that went into post-production on BBC’s new black comedy The Cleaner.

The show tells the story of a crime scene cleaner who sometimes chats more than he cleans up and ends up meeting the strangest people, relatives of the victim, employers, neighbors and acquaintances at times. even the murderers themselves.

Cloke said: “To make the note I used Baselight and Aces on a Sony x300 reference picture monitor.”

“We started out by using one of the LUTs on set as a base and worked from here to refine it to a style we were all happy with. I worked on both pre and post grade plans using some of my own custom LUTS to make adjustments and add finesse. Collectively, we had a lot of ideas, bouncing them off each other. One example is in episode one, where we went from a dramatic Scandinavian black style on the front to an upbeat aesthetic on the comedy stages – we wanted every scene to be its own and to play with expectations.

“In another example, in the musical number, we sped things up and pushed the colors as far as possible to create a wonderful dream sequence. In addition to pushing the colors, I used a variety of soft vignettes, glows, and chromatic aberrations, using Baselight’s built-in composting tools to create the final finish. 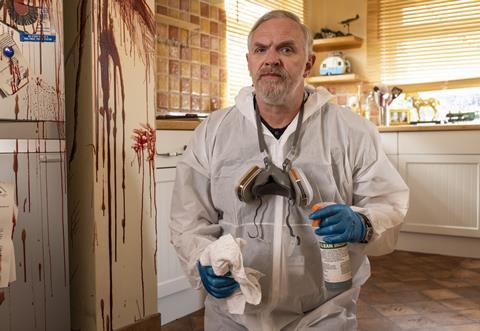 A unique challenge was to match the moving images from one of the episodes with those of the rest of the series – making them sit well and making them feel like part of the same world, while still capturing the The essence of moving images. To make this possible, I used the same methodology as before, but opted for a more cautious and weighted approach to rating.

“Throughout the release process, we had regular reviews, tweaks and on-site visualizations – the team sat in a separate room using a comparable monitor in order to that she can see an accurate representation of the final score and give me live feedback using the speakerphone system. 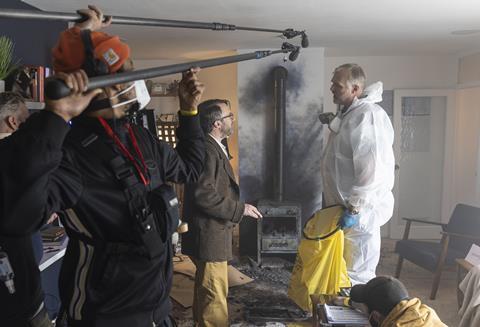 Fitzpatrick added on the audio: “To ensure a clear dialogue, I have used a lot of Izotope RX 8 plug-ins, such as de-noise, de-crackle, de-click, de-verb, etc., to perform dialogue cleanup. This workflow consisted of equalization, denoising, and dialogue isolation, the latter of which layered over the original audio and the collective process of allowing the chosen audio to shine.

“There was also a lot of recorded ADR that needed to be mixed, for which I used Pro Tool’s Altiverb reverb plug-in – this allowed me to match the audio with the space in which it was. finds the character, creating the illusion that the dialogue has been captured in the on-screen scene.

“I had a lot of fun working on the main title sting and doing the sound design, the team wanted something that sounded epic and cinematic that reflected the theme of the series – in turn creating a subtle irony due to the comedic nature of The Cleaners. To produce the sting, I layered a number of movie hits with the sound of a cleaning spray and a bit of steaming, then added some reverb and tada! 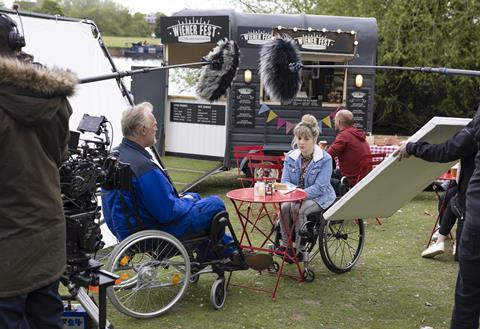 Carter said of the inline edit, “For this project I used a Sony x300 monitor and chose to work in flames for the entire job.

“Before discussing the brief, I looked at the pre-locked versions of each episode several times to get a feel for the show (understand the dynamics, content and visuals) and looked for anything that might stand out. or who would need a polish.

“The first day I met producer Sam Ward and discussed the creative brief, which was really to make everything as neat and tidy as possible. 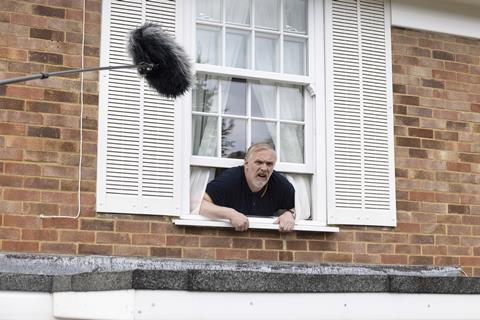 “To get to work, I started by removing all the boom mics, unwanted scenery and paint from the team. For example, there is an exterior photo of Greg walking past a window where the team’s reflection was easily visible. To remove the team, I used the action in combination with the paint tool to create a clean plate of the window, then using the 3D projection app I projected the clean plate on the original plane, followed by Greg’s rotation over it. . That leaves us with a beautiful shot without the reflection of the team – now that TV magic.

“For stabilization I used Flame and more so the auto-stabilizer plug-in which is a powerful kit. For each shot, I selected the most stable areas and applied the automatic stabilization effect, along with manual adjustments (start to finish) to achieve the perfect finish.

“Finally, I cleared up a little continuity inaccuracy in one of the scenes. One of the shots prior to the scene in question having been removed, the presence of smoke was no longer relevant. I removed the smoke by freezing the frame, then compiling and retracing the actress over the shot using the flame composition tools (action and paint), leaving us with the desired smoke-free shot.