History of the plant

Lunaria Annua has been an ornamental plant recognized around the world for many years. In the UK it is more commonly referred to as ‘honesty’ and its pretty white and purple flowers have added bright colors to garden borders across the country for centuries.

Lunaria literally means “moon shaped” and is related to the shape of the pods. During the growing season, as the plant matures and dries, the pods change color from green to silver and begin to look like silver coins. This led to the plant being also referred to as “money factory” or “silver dollar factory” and even “Chinese money factory”.

Lunaria grows well in rich, fertile soils and temperate climates along the east coast of England, particularly in southern Lincolnshire and Essex.

Crop R&D has determined that the optimal time for planting in the UK is late spring; the harvest takes place in July of the following year. The crop is in full bloom between May and June.

Lunaria requires very limited processing during the production cycle, which means it has a low environmental impact. It is grown to the highest agricultural standards and is covered by the Red Tractor Scheme. But what is more crucial is that Lunaria recognized by the Royal Horticultural Society as being beneficial to the local insect population because it is perfect for pollinators. So we can include Lunaria in our collection of bee friend oilseeds that have had a positive impact on the local environment.

We convert the seed to oil within 200 miles of the farm, this means Lunaria has a low carbon footprint and in turn the oil has superior freshness.

Lunaria seeds are first cleaned and dried before being physically pressed. The cold pressed oil is then filtered to give a golden yellow oil with a faint smell of sweet herbs. All this allows us to register the material as ECOCERT / COSMOS Natural. 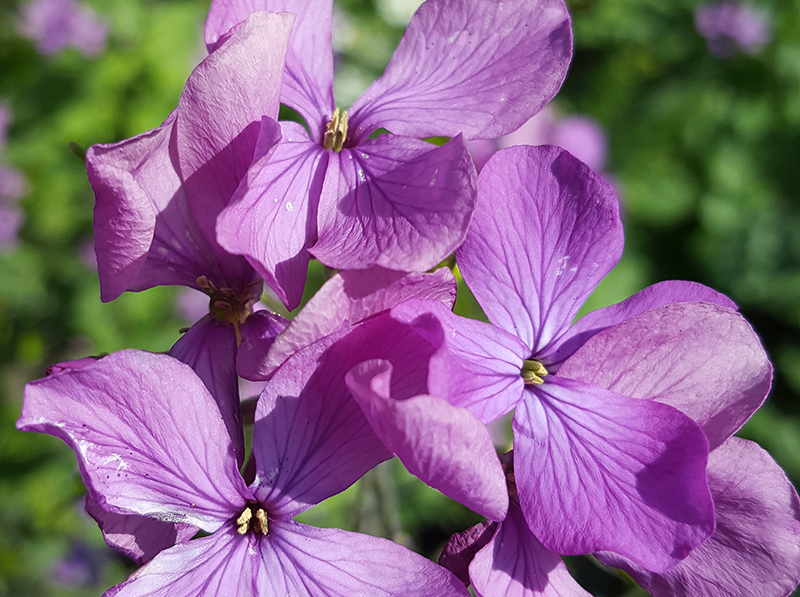 Not only did they find that the seeds contained a fair amount of oil (around 27-33%), they also found that it had a very special lipid profile. Lunaria oil has a unique lipid composition that is unlike any other. In addition to the most commonly available and skin-friendly oleic acid, it also contains around 25% of the rarer and more functional long-chain nervonic acid (C 24: 1).

Nervonic acid, molecular formula C24H46O2, is a long chain monounsaturated fatty acid that is part of the cerebroside family of fatty acids. These fatty acids are believed to have potential in the clinical treatment of a number of neurological disorders, although it is their value as a skin care ingredient that is the focus of our attention these days. .

Independent laboratory tests, which subjected the oil to accelerated oxidative stress at 100 ° C, show that Lunaria oil has a much higher stability than most other natural oils used in skin care. and hair. This in turn means that the oil has a shelf life of at least 2 years when stored properly and is less likely to cause stability issues when used in skin care formulations.

Independent skin studies commissioned by Northstar have so far concluded that Lunaria Oil: