AMES, Iowa – One of the state’s most abundant resources – the “cornstalk” – is used to create renewable natural gas that heats homes and businesses in Iowa.

As of Dec. 7, the Verbio North America plant in Nevada, Iowa, has been converting chopped corn stalks into natural gas that enters an Alliant Energy pipeline that runs through central Iowa.

Through anaerobic digestion, eight large digesters combine the corn stalk with bacteria from livestock manure, resulting in the conversion of corn residue into gaseous biomethane equivalent to the natural gas found in fossil fuels.

The plant, known as Verbio Nevada Biorefinery, is in its early stages with plans to expand in the coming months, with the goal of providing enough renewable natural gas, or RNG, to heat 5,000 homes. Eight more digesters are under construction, with plans to build eight more, as the company begins producing ethanol from corn.

“The stover is essentially the above-ground plant material of the crop, other than grain,” said Kapil Arora, field agricultural engineer at Iowa State University Extension and Outreach. “It can be cut into different sizes, depending on the needs of the plant, and it can easily be made into balls.”

Iowa is the national leader in corn production, with more than 13 million acres and more than 2 billion bushels harvested each year. After the corn is harvested, the stalk is what is left to decompose on the ground.

Also called corn fodder or crop residue, the stalk is rich in nutrients, but also poses a challenge for farmers when they go to sow the following year’s crop.

“Farmers here in Iowa, as yields have increased, are faced with extra stems left on the ground, and many are doing extra tillage just for that stalk to break down and degrade,” Arora said. . “There has been a need to do something with this rod for many years. “

Arora and ISU Extension and Outreach have been involved with Verbio from the start, providing technical support, organizing farmer meetings and conducting research.

After the corn is harvested, Verbio employees condense the stalk on the subcontracted fields into large square bales that are easy to move and stack. Verbio typically removes around 50% of the corn stalk, reducing the need to plow and allowing some farmers to continue planting without tillage by reducing the amount of residue left on the surface.

Farmers are paid $ 8 per bale, and equipment and labor are provided by Verbio. The company has contracted about 6,000 acres this year and hopes to expand to 30,000 acres in 2022.

The end result is a renewable energy source with multiple environmental benefits.

“We take the carbon degradation that would go up in the atmosphere, we capture it, we clean it up and we allow you to heat your home with it locally,” said Ron DeJongh, president of Verbio Agriculture. . 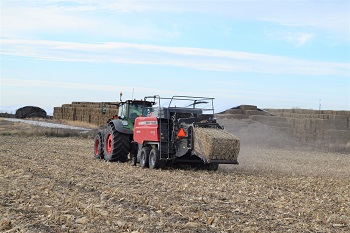 The bales go through a hammer mill and are cut to less than ¼ inch to create as much surface area as possible, before being fed into digesters filled with manure and bacteria that break down the stalk and create biomethane.

The gas leaving the digesters is purified and concentrated to nearly 99.9% biomethane, before being pressurized and pushed into an Alliant Energy pipeline in front of the plant. The plant plans to eventually become energy-sufficient, burning its own gas to run various plant operations.

The process is pretty straightforward. But perfecting it and making it economical took time.

Verbio bought the plant from DuPont about two years ago. The original plans were to produce ethanol from cane, but those plans did not materialize.

The new owners hope to continue the progress made and plan to decommission the piles of old corn stalk bales left by the previous owner.

By working with ISU Extension and Outreach, Verbio improves its process and growth plans.

According to Arora, who has studied corn stalk for many years, Iowa has the potential to support additional corn stalk plants across the state. He also predicts that more factories will be built in the Midwest.

“Traditionally, we get energy from fossil fuels, which are buried deep in the ground, under the earth’s crust. But this methodology essentially takes carbon from the earth’s surface and turns it into fuel, and eventually we’ll go down this route more and more, ”said Arora.

Arora helps the company study logistics and engage with Iowa farmers and the public. Farmer meetings were held in the summer of 2021, with more likely to take place next year. 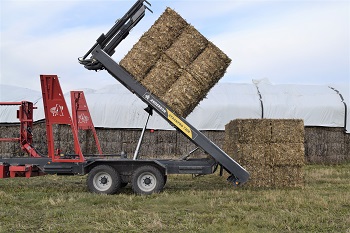 He also sees opportunities for student researchers, who may conduct field research related to the cornstalk, or possibly work for Verbio as an intern or employee.

“There is a great long term relationship starting here and I imagine that as they grow in this space we will continue to have an important role to play with Verbio,” said Arora.

When fully operational, the Nevada plant plans to process approximately 100,000 tonnes of corn stalks per year.

In addition to natural gas – the main product – the process yields a nutrient-rich by-product called humus, which serves as a soil amendment and organic fertilizer.

Learn more about Verbio North America online. Questions from farmers and the media can be directed to Eric Phipps, Agronomy Sales Manager, at eric.phipps@verbio.us. To learn more about the State of Iowa’s involvement, contact Kapil Arora at pbtiger@iastate.edu or 515-462-1001.